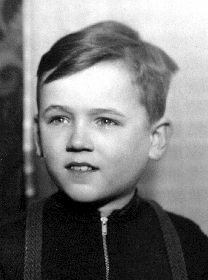 Nothing in Vladimir Horik’s background seemed to indicate that he would eventually become a painter. He was born into a humble family of Ukrainian immigrants who were farmers in their home country. His father, who came to Canada for a "visit" when he was 18 years old, ended up in Alberta where he stayed for the rest of his life. His mother was born on an Alberta farm of a father also from Ukraine who was only ten years old when he came to Alberta with his parents in 1898, even before that region became a Canadian province; that fact made him a genuine Western settler.

The marriage of his parents, in 1937, which led a year later to the birth of a stillborn baby girl and, the following year, to Vladimir’s, ended up in divorce not long after. During his childhood and teen-age years, he often moved from place to place because his mother, who had to earn their living, could not always take care of him personally. Alternately, he lived with his mother or father, in Edmonton, at his mother’s friends who took care of him like their own children, and with an uncle and aunt who lived on a farm east of Edmonton and who had a son his age. Vladimir often said himself: "Even if I come from a broken family, I have never lacked care, attention and love".

When he was about eight years old, his mother moved with him to Field, British Columbia. The years he spent there were a golden period which left an indelible mark on him. While the village of Field, located in the Yoho National Park in the Rocky Mountains, offered a quiet and free lifestyle, very close to nature, it was also a railway traffic hub. Vladimir could, as he pleased, hike in the mountains, build a cabin in the trees with his friends, fish in rivers full of fish, go mountain or trail skiing, and admire the big locomotives and the long trains that all stopped over at Field. That’s probably where his love for nature, mountains and landscapes stem from.

At the age of 15, his school days ended prematurely and an "adopted big brother", who was working for the CPR in Edmonton, helped him find a job as a railway worker. His night shift job consisted in taking care of the maintenance of the huge steam locomotives that drove the trains: light the fire to build steam, grease the wheels, move the locomotives to fill them with water and coal, and finally bring them back to the roundhouse. Proud to have a man’s work entrusted to him in an environment that brought back good memories, Vladimir carried out his duties as best he could, but he admitted feeling terrorized at times by the size and the power of the engines, him being so young and not very tall.

However, the work became monotonous with time; he longed for a more stimulating life and he was looking for a way of getting out of his environment. He knew that the world was broad and that his was limited. One day he saw a poster of the Canadian Armed Forces showing a parachutist dropping in a beautiful blue sky and bearing the slogan "Join the army and see the world". That’s all it took for the young man eager for change and adventure: at the age of 17, he joined the Canadian army. It’s also at that time that his father, who had remarried many years before, had two other sons who became the real brothers he always dreamed of having; but unfortunately, he did not get the chance to know them very well then because he was always posted elsewhere.

As a parachutist and communications specialist in the Canadian army, Vladimir lived in several provinces, namely Alberta, Ontario, New Brunswick and finally Quebec. In 1960, while posted in Fredericton, New Brunswick, he was getting bored during his spare time, because he had never been able to develop a taste for the traditional pastimes of professional soldiers : playing cards and drinking. He did go fishing once in a while, but it was only a seasonal activity.

One day, as he was walking about town, he saw an artist’s box in a display window and suddenly, he found the answer. He remembered that in primary school he always got good grades in drawing classes and now that he was in the army, he was often being asked to illustrate various documents. He thought that painting could be a pleasant and exciting pastime. He went in the store and asked for the price of the box. " But sir, it’s not for sale, it’s part of my window display", was the answer. Actually, it was not an art materials store but a tobacco shop. However, thanks to his powers of persuasion, he managed to leave the store with the artist’s box in hand. 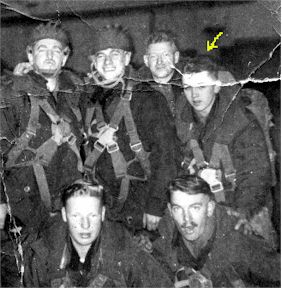 His first picture showed two mountains facing a small body of water and was painted on a piece of cloth cut off a truck cover, because it was made of canvas and thanks to the movies, Vladimir knew that a work of art had to be done on canvas (he has learned otherwise since). But canvas is a limp material and hard to paint on ; so it had to be mounted on a frame. Resourceful and good with his hands, he made a frame with the wood taken from a vegetable crate. Nothing would please him more than to be able to see that first painting again.

His second picture portrayed a cougar set in a tropical forest and, once happily completed, it was slashed with a knife by a drunken soldier. But that didn’t stop Vladimir from pursuing his new-found pastime. He kept painting on any adequate surface and he was delighted to have finally found a satisfying activity. 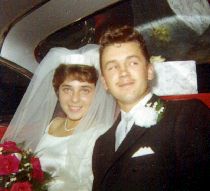 In 1961, he was transferred to Camp Valcartier in the province of Quebec to supply communications to the Royal 22e Régiment. However, the military authorities had " forgotten " to inform him that Quebec was a francophone province and the Alberta schools had never mentioned it. Therefore, he was both shocked and excited to find himself in totally strange surroundings. For a person who loved adventure, he could not be happier. But how do you strike up an acquaintance or make friends if you are unable to communicate in the spoken and written language of the people ?

His chance encounter in Quebec City with a young francophone, a full-time high-school teacher and part-time University student, and above all bilingual, changed the course of his life. Attracted by the qualities and personality of this young woman who bore an almost common name in Quebec - Tremblay -, Vladimir started a persistent courtship that led him to the altar in 1963. 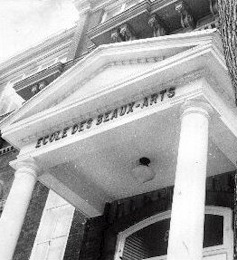 Having a certain gift for languages, Vladimir did not take too long to learn French and he became so well integrated in the Quebec culture that he decided to settle there and start a family. The birth, in 1965, of a first son coincided with his decision to embark on an entirely new adventure, that of full-time studies at the Quebec School of Fine Arts.

He enrolled in the graphic arts program, because a responsible father must ensure his family is well provided for... He thought that it would be a lot easier to find a secure and lucrative job as a commercial artist than as a painter. And, to have more than one string to his bow, after obtaining his Fine Arts diploma, he went on to get himself a teaching certificate in plastic arts from Université Laval. 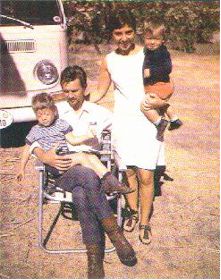 Amongst other excellent professors, the one who exerted the deepest influence on him is Antoine Dumas, for whose art and educational qualities he had the greatest admiration. It was during his last academic year that the School of Fine Arts, located on Saint-Amable street in Quebec City, moved temporarily to the Académie de Québec in Sainte-Foy, to finally move later on and for good to its permanent location on the Université Laval campus and adopt its new name of École des arts visuels (School of Visual Arts). So, Vladimir was a student and is the holder of a diploma from the old École des Beaux-Arts de Québec.

Two major events marked that period devoted to studies. First, a second son, Martin, was born in 1967. Then, the following year, he went with his whole family on a year-long trip which took him to Europe, North Africa and America, seeking to broaden his horizons. The trip, extremely enriching in every regard, made him realize how great a country Canada was, and that it would be hard to find a better place to live. So he happily and enthusiastically came back to Quebec to finish his studies. 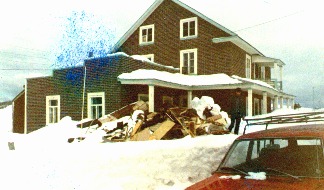 As Vladimir had expected, as soon as he got his diploma, he landed himself a first contract in an advertising agency ; but he soon realized that he did not particularly enjoy that type of work. He then considered the alternative of painting, a form of expression that he had always found very appealing.

It really was not easy at first. To persevere in his choice, it took a good deal of determination, a lot of work, the patience and understanding of his wife, and a few bank loans to make ends meet. His decision to leave the city to settle on a farm in the county of Charlevoix was a very deliberate one : first, he wanted peace of mind, which he thought was essential for creative work ; then, it was a region covered with water and mountains, and it reminded him a little bit of the Rockies, that wonderful territory of his childhood ; finally, both he and his wife thought that the country would be an ideal place to raise children. That’s how he became one of the forerunners of a new generation of artists who came to settle in the magnificent county of Charlevoix, reinforcing the already well established artistic vocation of the region and giving it a new vigour.

He played gentleman farmer while painting and giving drawing and painting lessons in Quebec City and at his studio in Saint-Hilarion. But after a few years of a life that was a little more eventful than expected, he was finally able to reach his goal, which was to dedicate himself entirely to painting. 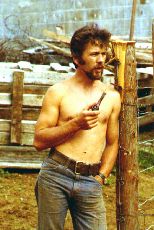 As a result, from 1976 on, his farming activities gradually decreased to leave an increasing amount of time for painting, and so today, his main occupation as far as his farm is concerned consists in catching a few trout in his pond or watching the trees grow on his land.

Since then, several important events have marked his artistic career : 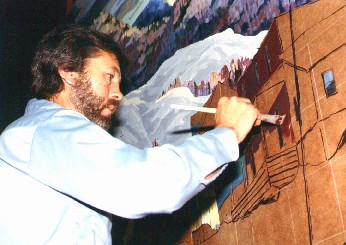 Now in his eighties, Vladimir is still painting regularly. His paintings are now shown mainly in the art gallery « Au P’tit Bonheur » where he has been exhibiting his work since the 1980’s. Since he is not lacking in enthusiasm and energy, Vladimir head is always full of projects. His many trips also help him to keep renewing himself. He especially likes to do large paintings which will become part of his artistic legacy. Finally, Vladimir wishes to say that he has the privilege and the great delight to do what he enjoys doing and that he recently started with great pleasure to work on the drawing up of a new book. 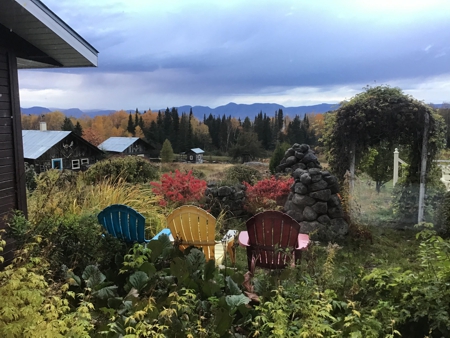 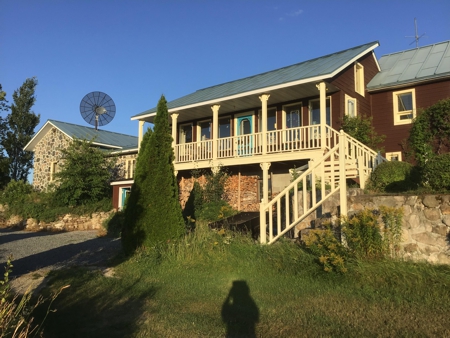 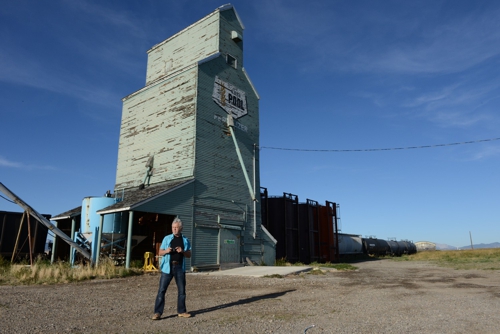 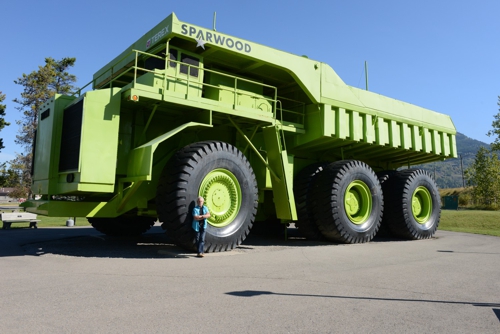 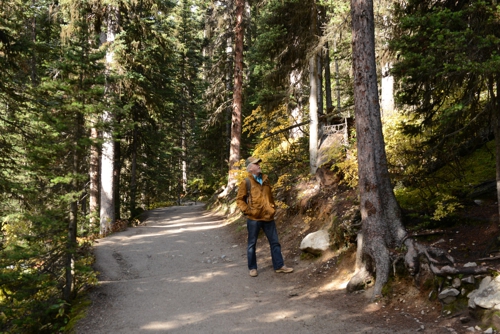 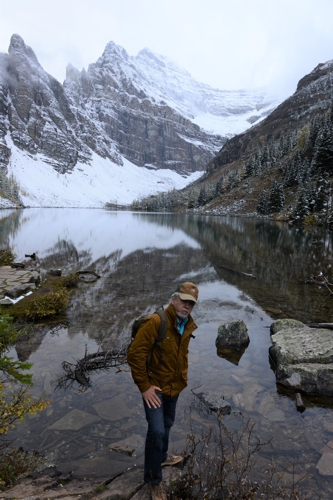